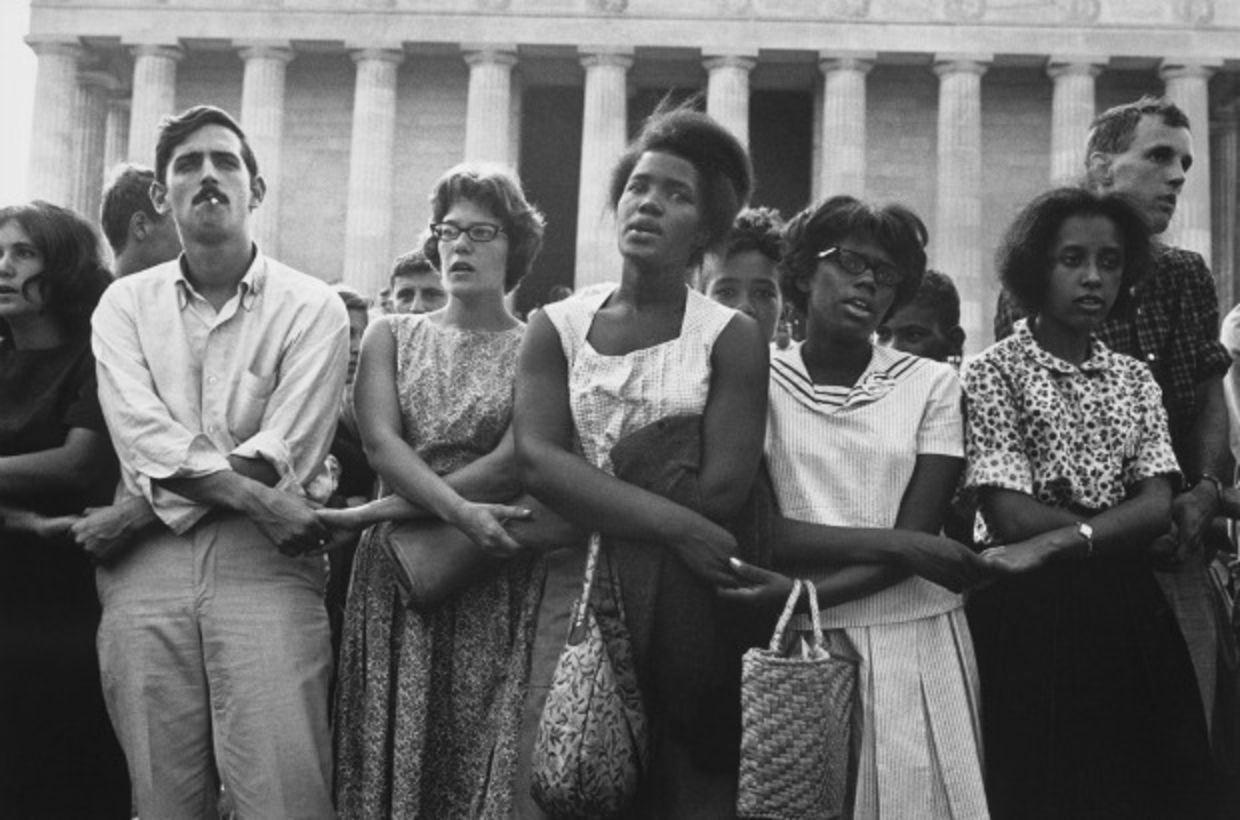 As I compose this commentary, there remain segments within the American evangelical church that continue to advance and propagate the principles and tenets of the “gospel” of social justice. Increasing numbers of evangelical churches, pastors, and ministries are buying into what I consider merely a new presentation of an old soteriology: salvation by social activism.

One such organization, Evangelicals For Social Action, or ESA, describes itself as “a catalyzing agent for Christ’s shalom via projects focused on cultural renewal, holistic ministry, political reflection and action, social justice and reconciliation, and creation care. Rather than a typical “think” tank, ESA is a “do” tank whose purpose is to mobilize movements for constructive social change.” Conversely, The Evangelical Network lists as one of its missional objectives to “offer a safe place for LGBT people and the evangelical church community to dialogue.”

There are other examples, of course, but I highlight the aforementioned not to single them out for any particular reason, but in an effort to establish some context for what I am about to say.

Unlike previous embracements of this ideology by the church – because there is truly nothing new under the sun (Eccl. 1:9) – this current adoration of the social gospel seems especially occupied and absorbed with the idea of personal identity. That is, a self-focused desire to be acknowledged and, perhaps even admired, not for who we are in Christ (Col. 3:1-3) but for who we are in ourselves and in what makes us unique apart from Him.

For evangelicals, the social gospel has traditionally been defined primarily in terms of the joining together of ecclesial and secular entities and resources toward the (re)formation of systems and structures that are consistently just and equitable to all, but especially toward those who are deemed to have been unjustly oppressed and marginalized by those systems and structures.

It is a visage that was shared by American theologian Walter Rauschenbusch, an important yet veritably unknown figure in the social gospel movement of the 19th and 20th centuries, who once asserted that: “The kingdom of God is not a matter of getting individuals to heaven, but of transforming the life on earth into the harmony of heaven.”

It is my contention that the “heaven on earth” theology to which Rauschenbusch subscribed is at the heart of the contemporary evangelical social justice movement.

Though his name may not be widely known, either in ecclesial or secular circles, the soteriology of Walter Rauschenbusch, an advocate of Christian socialism and a major influence on more notable social gospel adherents such as Dr. Martin Luther King, Jr. and Bishop Desmond Tutu, mirrors that of increasing numbers of evangelical Christians today. In Christianity and the Social Crisis, published in 1907, Rauschenbusch expressed the belief that: “the essential purpose of Christianity was to transform human society into the kingdom of God by regenerating all human relations and reconstituting them in accordance with the will of God.”

“‘You shall do no injustice in judgment; you shall not be partial to the poor nor defer to the great, but you are to judge your neighbor fairly.” – Lev. 19:15 (NASB)

But in reflecting on what Rauschenbusch posits as the “purpose of Christianity”, I can’t help but notice that missing from among the requisite r-words that will supposedly accomplish the stated “transformation of human society”, namely “regenerating” and “reconstituting”, is the word repentance.

It is a significant omission, one that goes to the very core of what is so fundamentally deficient about the social gospel in that it argues that those who need the gospel in order to be transformed are somehow capable of transforming themselves apart from the gospel. It is a dichotomy that is best reflected in the words of theologian and social justician Reinhold Niebuhr who, with all due respect, declared rather naively, if not outright heretically, that: “Ultimately evil is done not so much by evil people, but by good people who do not know themselves and who do not probe deeply.”

It should not be too difficult for any professing Christian who properly understands the doctrine of Original Sin to realize that what Niebuhr is espousing is not the gospel, “social” or otherwise, but a type of secular humanism. And yet, it is this same worldly soteriology of salvation-by-activism that many advocates of the social gospel are propagating in evangelical churches and ministries across America.

In his Institutes of the Christian Religion, the 16th-century French reformer, John Calvin, asserts that: “Nearly all the wisdom we possess – that is to say, true and sound wisdom – consists of two parts: the knowledge of God and the knowledge of ourselves.”

But there is an inherent and disturbing irony in Niebuhr’s suggestion that human beings “probe more deeply” so as to “know” ourselves. For if we were to genuinely embark on such an introspective inquiry through the penetrating lens of the gospel (Heb. 4:12), we would not like what we would find. As the 17th-century Puritan theologian, Thomas Manton, wrote: “There is in man a mint always at work: his mind coining evil thoughts, his heart, evil desires and carnal emotion; and his memory is the closet and storehouse wherein they are kept.”

For all its good intentions, the so-called “social gospel” fundamentally denies the one  principle that is most fundamental to the gospel, namely, that mankind is innately sinful and in desperate need of a Savior (Gen. 4:7, 6:5, 8:21b; Jn. 3:16-17; 1 Tim. 1:15). As theologian and author Timothy Keller writes in The Reason For God: Belief In An Age of Skepticism:

“There is no way out of this conundrum. The more we love and identify deeply with our family, our class, our race, our religion, the harder it is to not feel superior or even hostile to other religions, races, etc. So racism, classism, and sexism are not matters of ignorance or a lack of education. The real culture war is taking place inside our own disordered hearts, wracked by inordinate desires for things that control us, that lead us to feel superior and exclude those without them, and that fail to satisfy us even when we get them.”

Notwithstanding the fault in their theological stars, to borrow a phrase from a popular book and film, I would concur with both Rauschenbusch and Niebuhr that human society is in need of regeneration.

The question, however, is what kind of regeneration does society require?

The Scriptures clearly declare that “the whole creation groans and suffers the pains of childbirth until now (Rom. 8:22).” This sobering reality – that sin is so pervasive and universal as to affect every aspect of our existence and experience as human beings – is not often considered in the ongoing discourse about social justice.

Consequently, we continually find ourselves forging ahead on our righteously indignant treadmill, choosing to expend our energies debating this issue from the standpoint of the societal effects of injustice as opposed to the spiritual causes of it (Mk. 7:17-23).

The gospel mandates that we invert that perspective (Eccl. 7:20; Rom. 3:23). Toward that end, and as I conclude this commentary, I pray this exhortation from the 5th-century church father John Chrysostum, who even in his day was no stranger to the social gospel, will prove helpful:

“Should we look to kings and princes to put right the inequalities between rich and poor? Should we require soldiers to come and seize the rich person’s gold and distribute it among his destitute neighbors? Should we beg the emperor to impose a tax on the rich so great that it reduces them to the level of the poor and then to share the proceeds of that tax among everyone? Equality imposed by force would achieve nothing, and do much harm. Those who combined both cruel hearts and sharp minds would soon find ways of making themselves rich again. Worse still, the rich whose gold was taken away would feel bitter and resentful; while the poor who received the gold from the hands of soldiers would feel no gratitude, because no generosity would have prompted the gift. Far from bringing moral benefit to society, it would actually do moral harm. Material justice cannot be accomplished by compulsion, a change of heart will not follow. The only way to achieve true justice is to change people’s hearts first—and then they will joyfully share their wealth.”

Rauschenbusch and Niebuhr are wrong.

Ultimately, the struggle for justice is a struggle from within ourselves, not from without.

Though the effects of injustice are material, the origin of all injustice is spiritual.

The systems and institutions through which unjust policies and practices prove sinfully discriminatory are not created in a vacuum, but by human hearts that deliberately and volitionally choose to disobey God and His Word with regard to the equitable treatment of those who bear His image (Gen. 1:27).

Related:
The Broken Road of the Social Gospel – Josh Buice

20 thoughts on “The Fault In Their (Social) Gospel”